TOP 10 Fashion Designers in the World

“In order to be irreplaceable, one must always be different.” — Coco Chanel

True to these words, some designers have always stood out because of their unmatched talent and passion. They were never afraid of challenging the boundaries of fashion and as a result, created designs and trends that have inspired generations of designers who came after them. 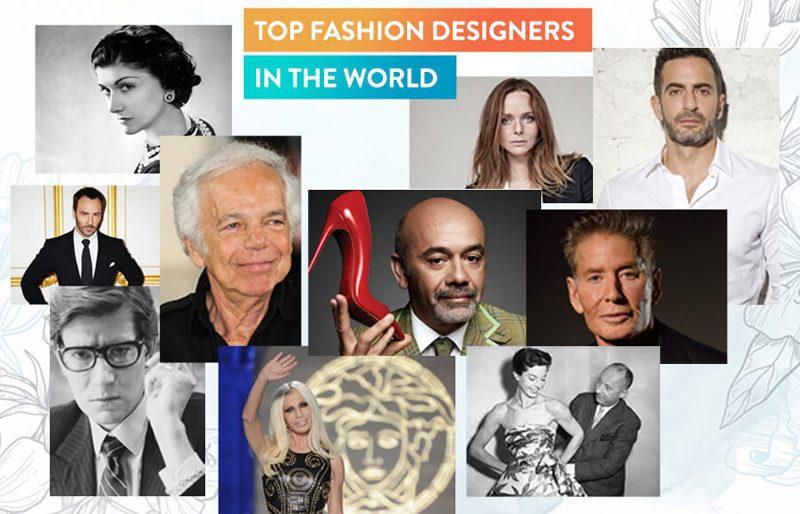 Here is a list of the top 10 fashion designers in the world who have set trends in fashion instead of following them.

The legacy of Coco Chanel is immortalized with iconic products such as the ‘little black dress’ and ‘Chanel no. 5 perfume, both of which enjoy a cult status in fashion.

Chanel gave women freedom with her simple but stylish clothing designs, freeing them from painful corsets and complex petticoats. ‘Luxury must be comfortable, otherwise it’s not luxury,’ was her belief.

She developed the classic Chanel women’s suit consisting of a slim skirt and collarless tweed jacket. The look was worn by icons like Princess Diana, Audrey Hepburn, Jackie Kennedy and is still widely popular even today. The fashion legend also popularized the use of costume jewelry.

There are few logos in fashion as recognizable as the polo player emblem. Designer Ralph Lauren’s Polo line became the quintessential “Preppy Look” from the 1980s to the 2000s.

Laurens’s clothing designs conjured images of the English aristocrat but they were tailored for the sporty American. A philanthropist who has supported breast cancer research for 30 years, Lauren launched his fashion empire from a small office in the empire state building in 1967 and turned it into a $7 billion fortune. A true inspiration for fashion designers aspiring to create a successful business.

Tom Ford is known for being a perfectionist and a workaholic. “If I am awake, I am working,” the designer is known for saying. Perhaps that is why Ford was able to run both Gucci and Yves Saint Laurent as creative director.

During his tenure, Ford turned the nearly bankrupt Gucci into a $3 billion fashion brand. After creating a 1970s-inspired, minimalist, sophisticatedly sexy Gucci image, he moved on to create his own fashion brand in 2004.

The ace designer has also directed and produced films including ‘A Single Man,’ which won him an Oscar Academy and Golden Globe nomination.

He was the first influential fashion designer to put women of color on the runway. He championed diversity, and those values are still reflected today when YSL appointed Blackpink’s Rosé as their global brand ambassador.

The moment you see shoes with vibrant red soles, you instantly know ‘that’s Christian Louboutin.’ It’s the most recognizable fashion feature in the world.

His elegantly classy, curvy high heels have made Louboutin king of Stilettos. Before launching his fashion brand in 1986, Louboutin was a freelance designer for various fashion brands. His first customer was Princess Caroline of Monaco and his designs are now favored by celebrities like Blake Lively, Jennifer Lopez, Angelina Jolie, Rihanna and many more.

Most well-known for single-handedly launching the 1990s “grunge” look, Marc Jacobs is a fashion icon in his own right.

Jacobs’ ability to represent the trends in pop culture through his designs has made him a fan favorite. The designer learnt hand knitting from his grandmother and began making and designing right from his childhood.

In 1984, he designed hand knitted oversized sweaters for his graduation project from Parson School of design, winning the Perry Ellis Gold Thimble Award. He was also the Creative Director of Louis Vuitton for 17 years before launching his eponymous label.

“Simple, comfortable but stylish clothes – but with nothing over scale or extreme” that’s the design philosophy of Calvin Klein.

Establishing himself as a leader in American fashion thanks to his squeaky-clean aesthetic and modern designs, Klein became a household name not just for his Denim and undergarments line but also for his provocative and often controversial advertisements.

Donatella Versace didn’t always want to be a fashion designer. In fact, she studied literature and foreign languages in Florence to become a teacher.

Versace would frequently go to Milan to help her brother Gianni Versace, the founder of Versace who considered her his muse and ‘best critic.’ After Gianni’s death in 1997, Donatella revitalized the highly successful fashion brand.

Donatella was the first major fashion designer to use celebrities to walk the runway. She designed the iconic Jennifer Lopez “Jungle Dress” from the 2000 Grammy Awards which was a turning point for her career.

Born in 1905, Christian Dior witnessed great tragedies in his lifetime. The Great Depression, World War, his sister was sent to a concentration camp. But in the midst of the post-war ruins of France, Dior changed the fashion industry.

In 1947, Dior presented the “New look” consisting of voluminous calf-length skirts, cream jackets and fitted waists. It was something very contrasting to the brutality of the war and reminded people of a simpler era.

From then on, the Dior brand continued to use the runway to champion the idea of empowerment and feminism. His introduction of A-line, zigzag-line, Y-line, H-line silhouette is still important in fashion and haute couture.

In the responsible and ethical fashion scene, the first name that comes up is Stella McCartney. Her designer brand is famous for not using any fur, leather and other animal products.

A lifelong vegetarian raised on an organic farm by Beatles member Sir Paul McCartney and Linda McCartney, Stella launched her fashion brand in 2001. She is a celebrity favorite for her “sexy feminity” designs while still being sustainable and cruelty-free.

No matter which designer you call your favorite, we can all agree that fashion is a form of expression, whether it’s your style, your identity or your values.

These designers have been giving us voices to best express ourselves. Power suit for the career-driven. Polo shirts for the sports enthusiast, little black dress when you want all eyes on you, these designers are not legendary only for the clothes they designed but also for the messages and values they spread all over the world with their fashion.

From using people of color as models to break down traditional beauty standards to creating androgynous designs to rise above gender norms and so much more. If we can learn anything from these designers, it’s that if you want to change the world, you have to be BRAVE.

Get Started with WFX 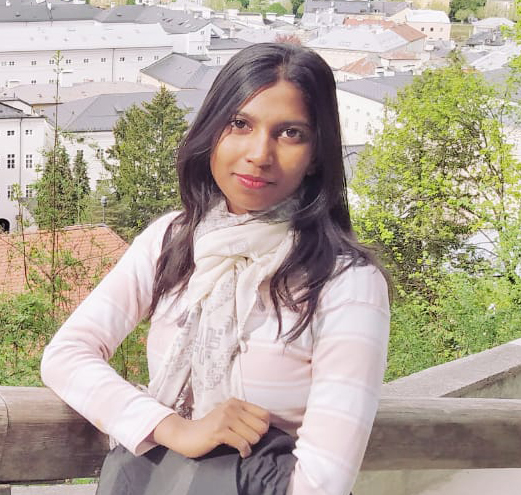 Zarin Akhtar is from a quaint little town in Assam. She’s a Marketing, Research and Fashion Content Marketer at World Fashion Exchange - a global fashion-tech leader providing cloud-based software solutions for the fashion industry. She creates content around fashion trends, technology, sustainability and the business side of fashion. She’s a prolific reader, who loves everything from Science, Psychology to Fantasy and Sci-fi. When she is not reading, she loves watching anime or jumping into YouTube rabbit holes about the latest fashion technologies and consumers trends. 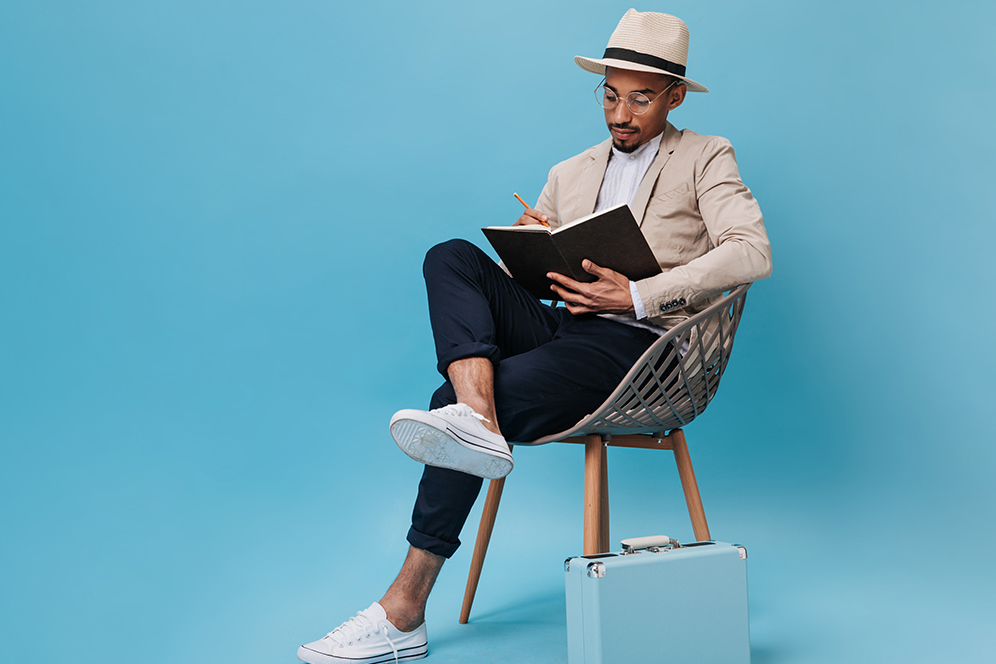 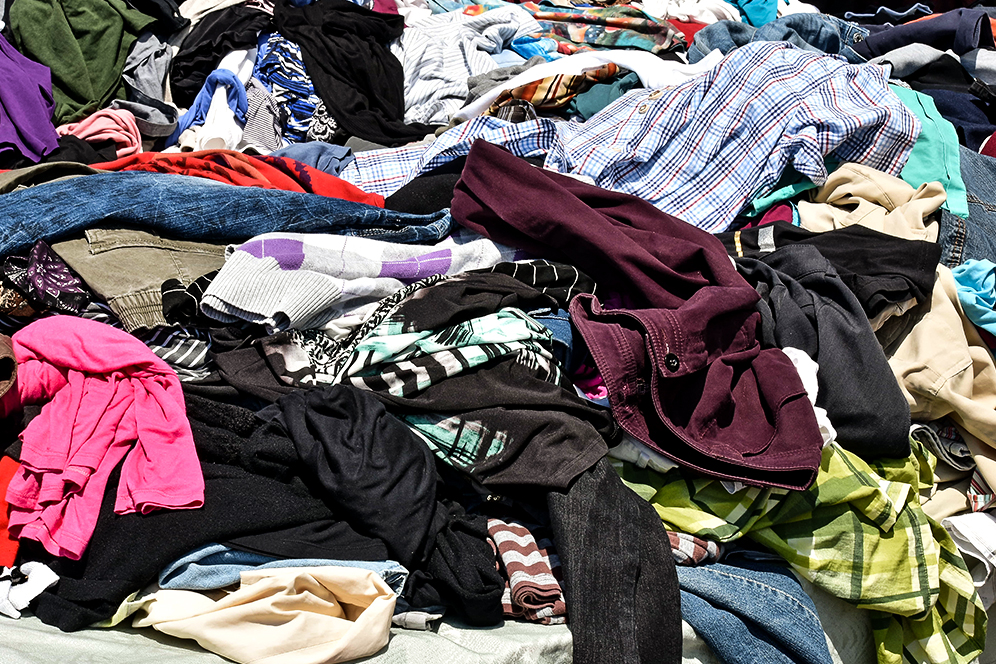 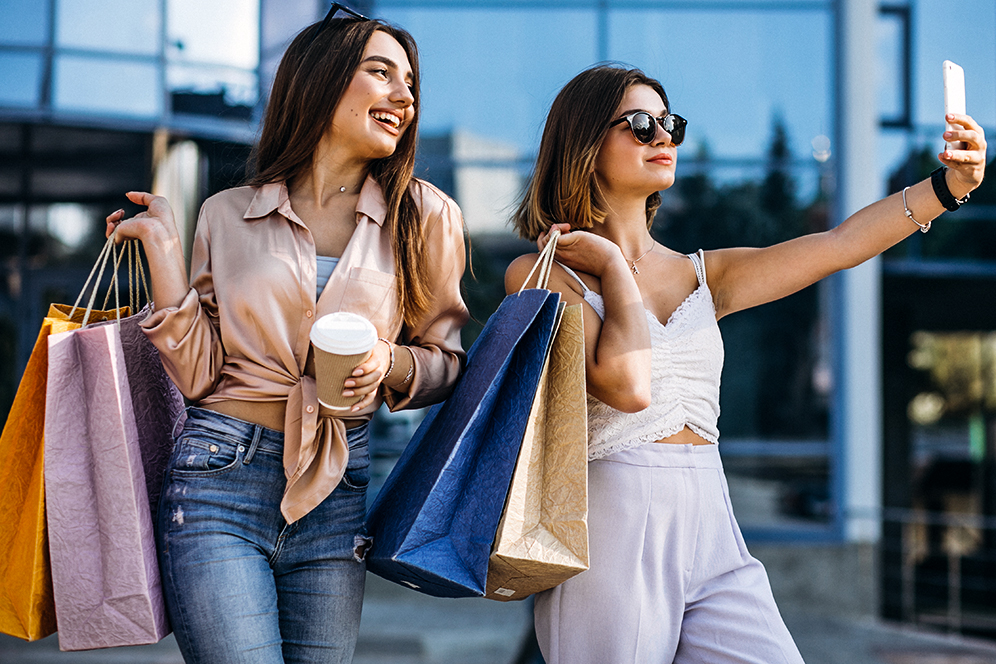 The fast fashion cheat sheet: Everything you need to know

Over the past 20 years, fashion has changed a lot. Earlier people used to go